Here to Guide You & Your Family Forward 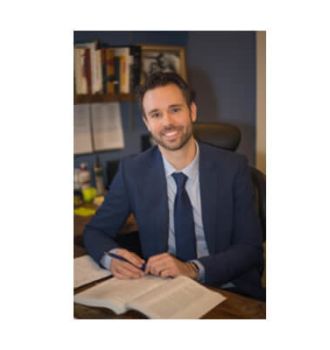 Benjamin R. Judd practices in the areas of Family Law, Child Abuse and Neglect, Special Education Law including Special Needs Trusts, and Tax Law. He has successfully resolved cases ranging from the complex divorce and custody actions in the Circuit Courts to multistate tax actions in the Michigan Tax Tribunal.

"I work hard to provide my clients with real solutions to complicated problems."

After receiving his Bachelor’s degree from Grand Valley State University, Ben attended Thomas M. Cooley Law School in Grand Rapids. While in law school Ben worked as a clerk for a general practice firm, where he assisted in both family law cases and tax litigation. After receiving his Juris Doctorate degree in two years, Ben passed the Michigan Bar Exam and went on to complete a Master of Laws degree in taxation.

While studying for his Master’s degree, Ben worked as a Law Clerk for the Michigan Tax Tribunal, and after completion of his degree, he was asked to take a position as a Hearing Referee with the Tribunal. In this position, he served as a judicial referee in consumer property tax disputes. Ben also worked as a consultant and specialist with a Michigan based tax law firm.